A Great Screened Enclosure Starts With a Better Beam 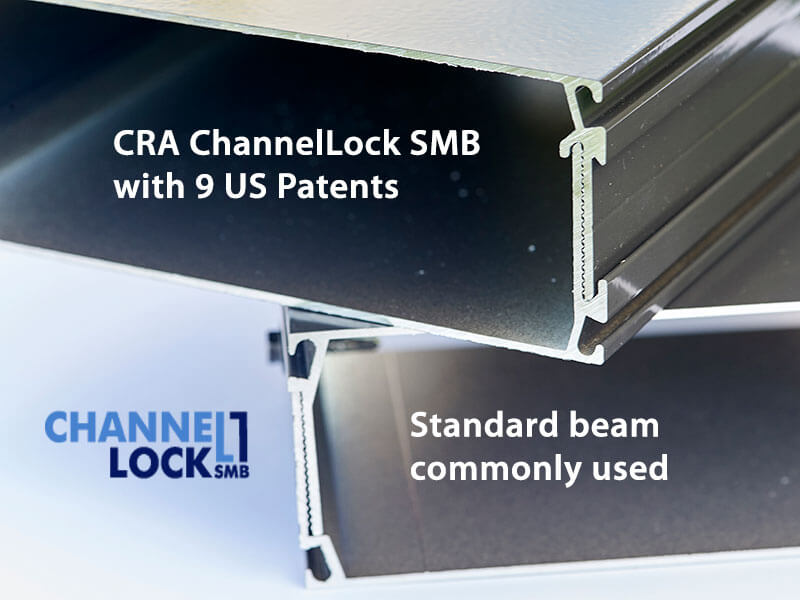 After Hurricane Charlie, CRA President, Tom Teffenhart was troubled by the high failure rate of traditional beams used in the construction of most every enclosed patio and pool. He knew that a great screened enclosure starts with a better beam. Tom saw a uniform flaw in the design and asked a NASA engineer if a beam would be stronger if the “lip” was tucked under (see side by side comparison). The response from the engineer was very positive but the new design proved to be substantially stronger than even he suspected after testing by an independent laboratory.

After several years of further refinements and 9 US patents, our ChannelLock SMB is revolutionizing the Aluminum industry.

The unique design of the ChannelLock SMB makes it behave differently than other beams and gives it a superior strength rating for your patio screen enclosure. This allows the spans to be further, which enables CRA to produce better, stronger, more attractive pool enclosures with fewer fasteners and less material to get in the way of your view. Give us a call to learn even more about how a great screened enclosure starts with a better beam. 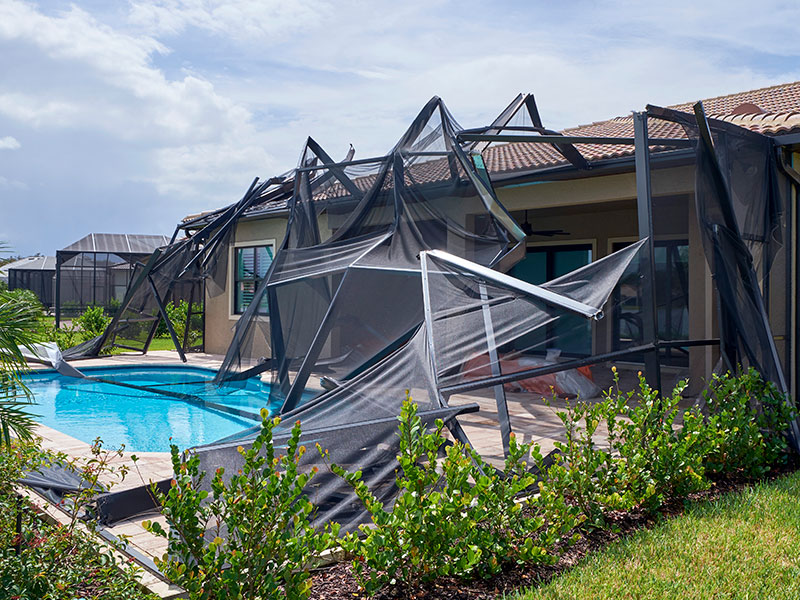 Hurricane damage to a Non-CRA pool enclosure illustrates why common materials are prone to failure under heavy loads. CRA uses an exclusive patented beam technology for a beam up to 40% stronger while able to span further distances than traditional beams used in most other screened enclosures.

The ChannelLock SMB is the only aluminum beam currently being used in the manufacturing of screened pool and patio enclosures to carry the Florida Product Approval Designation #FL19700. For more visit www.floridabuilding.org. 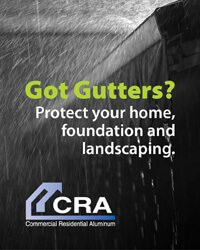